5.Determine the uses for adjusted rates

• The most common form of organizing
epidemiologic information is through collecting
information about cases and non non-cases.

• The numbers are usually translated into rates.

• Rates indicate the risk of disease for a population.

• This helps to identify high
•high-risk groups and causal
•factors.

• Variables or data elements are summarized to
provide number of cases, proportions, rates and
ratios = frequency

• In epidemiology many variables have only two
possible categories

• these are called dichotomous variables
• (e.g. disease or no disease; alive or dead).

• The frequency measures we use with
dichotomous variables are ratios, proportions
and rates.

• Ratio= the values of x and y may be completely
independent, or x may be included in y. For
example, the sex of children attending well baby
clinic (male to female).

• Rate= is a proportion with time dimension. It measures
the occurrence of an event in a population over time.

• Incidence rate is the most common way of
measuring and comparing the frequency of
disease in populations.

• Definition: incidence refers to the occurrence of
new cases in a population over a period of time.

• It estimates the risk of developing a disease in a
specified population during a specified period of
time.

There are two types of Incidence rates:
1.Cumulative Incidence (CI):
is the proportion of people who become diseased during a specified
period of time.

• CI provides an estimate of the probability, or risk that
an individual will develop a disease during a specified
period of time.

• The time period must be clearly specified when
reporting the C

• That the populations has been followed
for the specified time interval

2. Incidence density (ID)= measure of risk in a changing
population where people are free of disease at start and
observed for onset of disease for different time periods

Person years = # of person * # of years followed up

• Usually expressed as a percentage i.e.,
multiplier = 100 and if the disease is rare it is
expressed as 10n

There are two types of prevalence:

1.Point prevalence: is the presence of a disease at a
single point in time (snap shot).

2. Period Prevalence:
the presence of a disease at a
particular time interval.

RELATIONSHIP BETWEEN PREVALENCE AND
INCIDENCE

• If a disease lasts a long time, there will be higher
prevalence in the population

• If disease is short short-lived, there will
be low prevalence in the population

• Example: a follow up study of the Framingham
data showed males and females had same IR
for heart disease but females had a higher
prevalence of disease – WHY?

• PR = What proportion of the population has this
condition?

• IR = At what rate do new cases arise over time
in the population?

Uses of Prevalence and Incidence
Measures

1)Attack Rate: Is a variant of an incidence rate,
applied to a narrowly defined population
observed for a limited time, such as during an
epidemic or outbreak of a disease. It is usually
expressed in %.

A measure of probability of risk.

• The risk of developing gastroenteritis in this population
was 61%.

2) Secondary attack rate: is a measure of
the frequency of new cases of a disease
among the contacts of known cases.

• Seven cases of hepatitis A occurred among 70 elderly
patients in an adult day care center.

• The total number of persons in the 7 affected families
were 32 .

• In several weeks,5 family members of the 7 infected
patients also developed hepatitis A.

• Calculate the attack rate and the secondary
attack rate among family contacts of those
cases.

• Cases of hepatitis A among the elderly = 7

• Number of elderly in the adult care center = 70

• Cases of hepatitis A among family contacts = 5

Example: In 2001, there were 12,000 deaths from all
causes among 2 million population of Atlanta, Georgia.

deaths per 1000 population per year

•Case Fatality Rate: is the proportion of persons with a
particular condition (cases) that die from the condition. It
is usually expressed in percent.

Example: in Richmond city, there were 500 cases of colon
cancer, of whom five died within a year after their initial
diagnosis. The case fatality rate for colon cancer in
Richmond city was:


• Age-specific MR = is a mortality rate
limited to a particular age group.


• Infant Mortality Rate: is one of the most commonly
used measures for comparing health service among
nations.


• Neonatal Mortality Rate: is defined as the
period from birth up to 28 days.

• Post neonatal mortality rate: The post neonatal period
is defined as the period from 28 days of age up to but
not including 1 year of age.

• Example: In Oakland California there were 2 million
births in 1995, of which 10,000 died before they reach
their first birth day. 7,500 of the infant died within the
first 28 days. Calculate the IMR, NMR and PNMR

• Premature death = when a death occurs earlier than
expected if disease were not present.

• A statistically manipulated rate controlling for the factor
of interest (age, race, etc)

However, specific rates do not provide accurate comparison
with other population.

• Direct Method is commonly utilized in
practice
• But is this necessarily the most accurate? 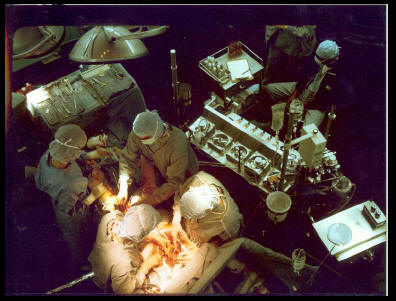 Example:
– You are a primary care practitioner in a suburb of a
medium medium-sized city.
– Some of your patients lately have been older men
with cardiac chest pain, and after appropriate testing
you have decided that several of them should
undergo coronary artery bypass surgery.
– There are 2 groups of surgeons and you want to send
your patients to the group with lowest mortality rate.

• Step 1:Calculate age age-specific rates in the populations
you want to compare


• Step 2: Choose a reference population whose
: age composition is known.

• Step 3:Calculate Expected deaths in
reference population if the Clinic A A- or
Clinic B B-specific rates were the true rates

• Step 4. Add up the total number of deaths expected in
. the reference population under each clinic's set of rates.

• Step 5. Calculate the age . age-adjusted operative
mortality rate for each study group by dividing
the sum of expected deaths by the total size of
the reference population:

• Which clinic would you recommend
now?